It was a gamble. What if you and a couple of old-car-loving pals held a show in the middle of rural Canada, far from any urban centre, down a back road, in an old frontier-style ghost town? And on top of that, what if you kept the focus tight, almost exclusive? Nothing after 1963. Traditional hot rods only. How successful could that be? As it turns out it was whole lot more than successful. It was fabulous. It was the first annual JalopyJamUp.

Let’s be clear. Here at The Department we enjoy a wide range of automobiles. Whether it be a well preserved Audi 2002, a vintage Bentley, a battered but beautiful VW Bug, or an MG TC fit for an open-air weekend country drive; we appreciate the undeniable personal style that interesting cars provide. We enjoy the range and depth of the automotive collecting world. And we would hate to have to choose one particular era, type, or marque. But if we were forced to choose just one, we might be inclined to pick traditional hot rods. They’re unique, have history, and require an intriguing degree of personal skill and initiative.

The traditional ‘rods, were often built by returning war vets. With technical skills learned in the armed forces, and with more than a little taste for daredevil thrills, they used surplus aircraft seats, scrap metal and sheer force of personality to assemble an entire generation of fun machines.

In the face of all this modernity, traditional hot rods didn’t die out. But they did fade just a little. Thankfully, that didn’t last too long. As people wish for a simpler time – a grubbier, earthier, more hands-on time – the spirit of the traditional hot rod is sparking up with new life.

In Canada too, pre-1963 hot rods are making a big comeback. And leading the charge, three dedicated guys named Brandon, Jeff, and Jay. They’ve started a little gathering they like to call JalopyJamUp. More than two hundred vehicles from Canada and the USA made the trip. They were among the finest tradition hot rods you have ever seen. The quality was consistent. The location, that saw these stellar examples of American and Canadian iron nestled in amongst faded board and batten cabins, was perfect. The crowd was relaxed, friendly, and fun. The music (Rockabilly from the likes of Hellbent Rockers and the legendary Royal Crowns) had them going until the wee hours. 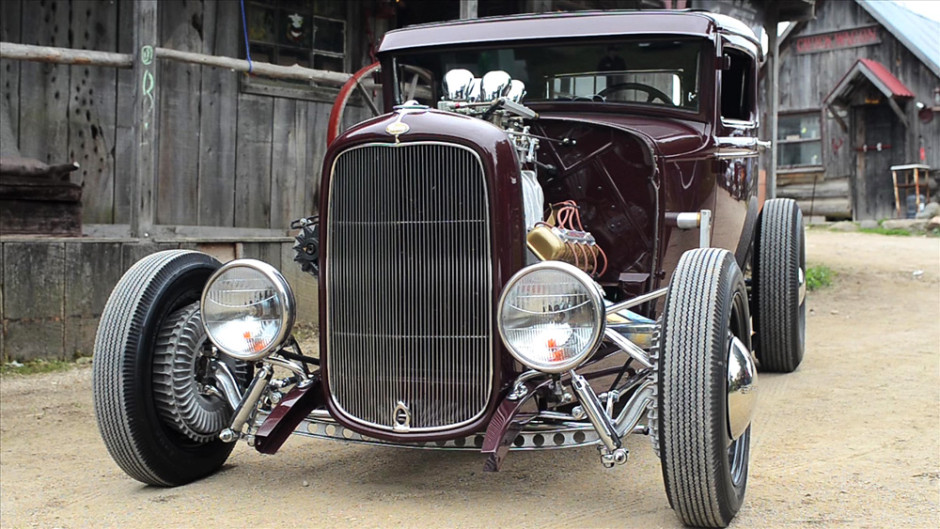 There was a little rain (and by that, we mean a lot) but that was, of course, beyond the control of the organizers. Weather aside, they had thought of everything. They set the mood. And they maintained the high bar for entrants. It paid off.

For those of us lucky enough to attend, we now consider ourselves part of a special club. We were at the first JalopyJamUp. We took a chance on an inaugural event and watched as it took off successfully, spraying gravel behind it.

Can’t wait until next year.